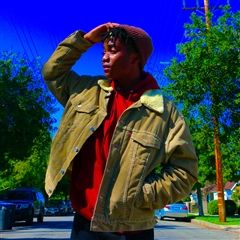 WHEN DID YOU FIRST BECOME INTERESTED IN THE PERFORMING ARTS?
When I was five years old, I began teaching myself songs that I heard. I hated piano lessons, but I found I had perfect pitch and could pick up things by ear. I have been singing, acting, dancing, and creating films since I was little. In addition to everything I do at school, I’ve been in the studio recording and have a new single on Soundcloud.

HOW HAVE THE CAMPBELL HALL PERFORMING ARTS TEACHERS IMPACTED YOUR THEATRICAL EXPERIENCES?
I have been a part of Mr. Sola’s film festivals since Freshman year and am currently in his Advanced Video Production class. It’s one of my favorite classes because you learn about the intricate detail of film and what goes into making a great film. I love the whole process from writing to filming to editing.

Drama teacher Mr. Adell is the best - he’s my favorite teacher in the school and I’m saying that even though my dad works there. He’s the chillest, nicest, most work-driven, genuine and efficient teacher. He connects with me and understands me on a more personal and fundamental level - he’s like a parental figure. He makes theater and performing arts interesting and fun.

WHAT KINDS OF CONNECTIONS HAVE YOU BUILT THROUGH THE ARTS AT CAMPBELL HALL?
The Campbell Hall acting community has always felt open and welcome. You share a common goal with everyone in the production - making the show the best it can be. While it’s very satisfying to hear the applause and laughter of an audience and to find something new in each performance, I think rehearsal is the best part of the process. But in the Gospel Choir, it’s the opposite. The performance is definitely the highlight because of the energy in the room the night of the show.

WHAT ARE SOME OF YOUR FAVORITE PERFORMANCE MEMORIES?
When I was in 8th grade I was cast as Jesus in the musical Godspell which was a great experience. When I was in 9th grade, I grew really close to the cast members of Curtains. I’ve never felt that close to a group of people in my life. Everything about that show was the happiest time of my life.

WHAT DO YOU LOVE MOST ABOUT CAMPBELL HALL?
I think Campbell Hall gives you a lot of great opportunities to achieve your dreams. Whenever you really want something you have to work hard for it but also put out the kind of energy you want to receive. When you put your mind to something, you can accomplish anything.
Back